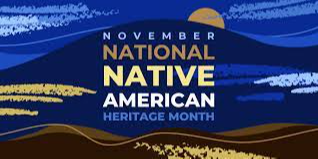 The month of November is dedicated to the celebration of the Indigenous people of North America. There are currently 573 Federally recognized Tribes in the US with over 5 million people identifying as Native Americans or Alaskan Natives. These tribes all have rich histories, customs and traditions, many of which center on their deep connection to their lands. There has been a recent and growing push to recognize and preserve the diverse histories and customs of Indigenous people. Through grants from organizations like the National Endowment for the Humanities, groups are collecting and sharing these customs and histories to bring awareness around how Indigenous people lived in pre-Columbian times. It is also important to recognize that Indigenous communities are not relics of the past, but are thriving communities that are working towards reclaiming their languages and traditions and using their voices to bring awareness to the issues that Indigenous people now face.

Want to learn more? Read this article on how our words matter when referring to Indigenous People.

The Amah Mutsun Tribal Band is a group of close to 600 registered Native American people who trace their heritage back to the various Tribal communities living in what is now Santa Cruz County. The Indigenous people in this region belonged to a cluster of twenty to thirty villages that shared customs, religious beliefs and the Mutsun language, a language that is unique to this area. The geographical area provided this community of tribes with a few unique advantages: the San Juan Valley was geographically isolated and protected from neighboring tribes due to the surrounding mountain range and the valley itself provided an abundance of fresh water and wildlife to sustain the thriving communities. The Amah Mutsun people suffered greatly through the colonization and enslavement periods of the development of the Santa Cruz and San Juan Bautista missions from 1791 to 1834 and then again with the acquisition of land by the Mexican government from 1834 to 1848. The people were then further affected by the immigration of the Anglo settlers in the late 1800s.

From the SC Libraries: